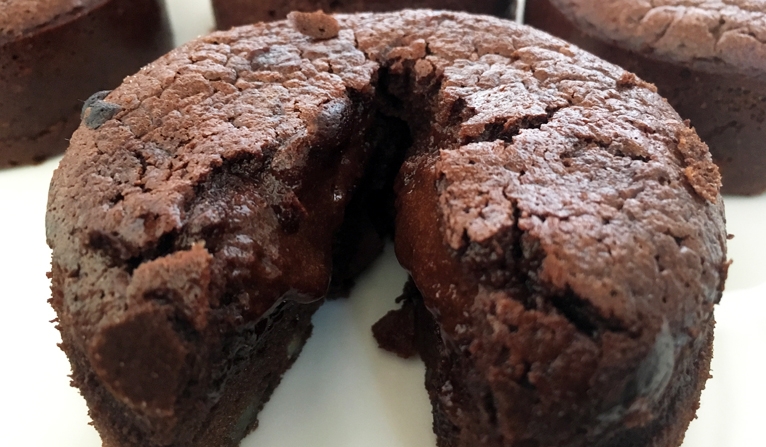 I am not sure there is an equivalent word in English for the French moelleux. It directly translates as soft. I like to imagine it means more than that -  describing the warm, soft and moist (best bit) of a slightly under baked cake. This recipe is the cakey cousin of a chocolate fondant. It could be served warm and straight from the oven but it retains its soft centre even when cooled. The addition of pear adds a lovely textural and flavour contrast.

These bake best in silicone moulds as they are a bit delicate and difficult to get out. If using a rigid mould, be careful to meticulously grease and dust the moulds. A muffin tray would work well. These could also be baked in cupcake cases. This is one of those recipes that you need to match to your oven. It may take slightly longer to bake than 10 minutes but allow for the cakes to continue to cook and firm up after being removed from the oven. 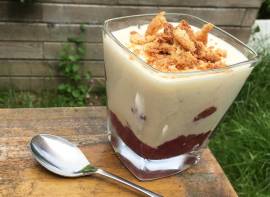 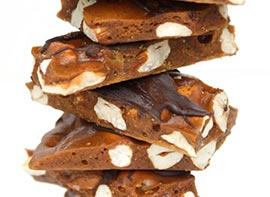